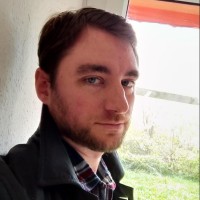 In Angry, Drunken Dwarves, you are an angry, drunken dwarf. Why are you so angry? Who knows. But you've decided to take your aggression out on other dwarves, by dropping gems on their heads. Lots of gems. ADD is a member of the classic "falling blocks" puzzle game family, similar to the Capcom game Puzzle Fighter. The goal of the game is to build large gems by matching up colors, then break them, raining more gems down onto your opponent. The first person whose field fills up, loses.

Ardentryst is an action/RPG sidescoller, focused not just on fighting, but on story, and character development. Strategy as well as reflexes will be needed to overcome the game. The game is set in another world. It is somewhat a cross between Donkey Kong Country, Mario, Castlevania and Kingdom Hearts. Ardentryst is focused on a fantasy world. The player is guided through a storyline which he or her must act in and play a major role in keeping peace and order in Ardentryst. It features two playable characters and a variety of weapons, items, armour, monsters, and beautiful level scenery and graphics.

Data files for the game Ardentryst.

Atomic Worm has flown into the light.

A new game which features:
* Simple mouse control
* Exciting challenges and puzzle oriented game-play
* It takes the snake genre to a new dimension.

Brain Party is a puzzle-solving, brain-stretching game that comes with 36 minigames designed to push your brain to its limits, testing memory, logic, mathematics, reactions and more.

A small puzzle game in which your goal is to remove all tiles. You are held up by other tiles, gravity, walls, and other things, and you can even redesign the level while playing!

Crossfire is a highly graphical role-playing adventure game with
characteristics reminiscent of rogue, nethack, omega, and gauntlet.
It has multiplayer capability and presently runs under X11.

Crossfire is a highly graphical role-playing adventure game with
characteristics reminiscent of rogue, nethack, omega, and gauntlet.
It has multiplayer capability and presently runs under X11.

Roll your ball trough a 3d maze, collect all keys and proceed to the exit. The strange physics - where gravity acts always relative to your position and orientation - makes Cubosphere to a challenging puzzle where no "up", "down", "left", "right", "front" and "back" exist.

Roll your ball trough a 3d maze, collect all keys and proceed to the exit. The strange physics - where gravity acts always relative to your position and orientation - makes Cubosphere to a challenging puzzle where no "up", "down", "left", "right", "front" and "back" exist.

CuteMaze is a simple, top-down game in which mazes are randomly generated using one of a choice of several different algorithms. You move the character through the maze while hunting for targets (cheese, by default)—the game is won once all of these targets have been picked up.

Ollie the Oligocheata is a worm on a mission

He is on a mission to bring mouse controlled platforming fun to everyone!

kiki the nano bot is a 3-D puzzle game,
basically a mixture of the games Sokoban and Kula-World.

Leges Motus is a networked, team-based, 2D shooter set in zero-gravity. Using only the force from jumping off of walls and the recoil from their guns, players must travel across the arena to lower their opponent's gate.

The TuxCap Games Framework is a GNU/Linux and Mac OSX port of the PopCap Games Framework used for 2D game development. It comes with PyCap Python bindings, a fast 2D physics engine, a particle engine, widgets and many documented examples.

20,000 Light Years Into Space is a steampunk-themed strategy game where you have to manage a steam supply network.

Luola is a 2D arcade game where you fly a small V shaped ship in different kinds of levels. It's genre "Luolalentely" (Cave-flying) is (or was) very popular here in Finland. Though cavern-flying games are not originally Finnish, nowdays most of them are.

Luola is largely inspired by V-Wing, my favourite cave-flying game. While V-Wing's graphics might not have been flashy, they were crisp and clear, and the playability and choice of weapons was superb. This is also my aim with Luola, not too much eye-candy, but solid playability.

Features:
* 2-4 players
* Team play
* Ability to eject the pilot and walk around the level as a human
* Supports truecolor level artwork and over a dozen terrain types ranging from watercurrents to explosives
* Supports custom level palettes thus can load levels from practically any caveflying game such as V-Wing or Wings
* Level specials such as snowfall, critters, auto-turrets and jump-gates
* Supports keyboard and gamepad input
* Sound effects and background music thru SDL_mixer library
* Transparency and antialiasing effects thru SDL_gfx library
* Can use Truetype fonts thru SDL_ttf library

Pacman Arena is a Pacman clone in full 3D with a few surprises. Rockets, bombs and explosions abound.

This is a puzzle game where pieces of a computer network are to be turned in the right/left direction to make all computers connected to the same network.

Quadra is a full-featured multiplayer action puzzle game for the X Window System.
Features include:

rezerwar is a puzzle game that could be quickly described as the illegitimate child of a known tetromino game and the average pipe game.

A Free/OpenSource brick-breaking game with pretty graphics. It is written in C++ using SDL and OpenGL.

Tuxomania is a platform game in isometric 3d. The player controls Tux the penguin and must collect all the pearls in each level, which includes solving puzzles and avoiding monsters.

This game is still in an early stage.