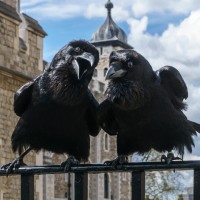 This is a wrapper around protocol buffers. Protocol buffers is a specification format for APIs, such as those inside Google. This library provides protocol buffer message classes and objects that largely behave like native Python types.

Detects over 80 languages in UTF-8 text, based largely on groups of four letters. Also tables for 160+ language version.

Recast is state of the art navigation mesh construction toolset for games.

It is automatic, which means that you can throw any level geometry at it and you will get robust mesh out
It is fast which means swift turnaround times for level designers
It is open source so it comes with full source and you can customize it to your heart's content.

The Recast process starts with constructing a voxel mold from a level geometry and then casting a navigation mesh over it. The process consists of three steps, building the voxel mold, partitioning the mold into simple regions, peeling off the regions as simple polygons.

The voxel mold is built from the input triangle mesh by rasterizing the triangles into a multi-layer heightfield. Some simple filters are then applied to the mold to prune out locations where the character would not be able to move.
The walkable areas described by the mold are divided into simple overlayed 2D regions. The resulting regions have only one non-overlapping contour, which simplifies the final step of the process tremendously.
The navigation polygons are peeled off from the regions by first tracing the boundaries and then simplifying them. The resulting polygons are finally converted to convex polygons which makes them perfect for pathfinding and spatial reasoning about the level.

Recast is accompanied with Detour, path-finding and spatial reasoning toolkit. You can use any navigation mesh with Detour, but of course the data generated with Recast fits perfectly.

This project was created for package python-filelock via attribute OBS:Maintained

Build applications based on Cutelyst.

This project builds development versions of not yet released Cutelyst and Cutelyst apps.

Have look in the sub projects for the different cyrus releases.

This project builds packages of the next, currently not stable, version of Cyrus IMAP. At the moment this is Cyurs IMAP 3.3.x.

This project builds imaginary, a fast HTTP microservice written in Go for high-level image processing backed by bimg and libvips.

This project builds packages for Legendary - A free and open-source replacement for the Epic Games Launcher.

Some packages to support MTA-STS in postfix.

Contains future software releases in pre release state of packages based on Qt6.