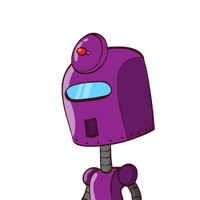 This Project contains several packages which might be interesting for educational use.

This Project contains several packages which might be interesting for educational use.

Gambas is a free development environment based on a Basic interpreter
with object extensions, like Visual Basic(tm) (but it is NOT a clone!).
With Gambas, you can quickly design your program GUI, access MySQL or
PostgreSQL databases, control KDE applications with DCOP, translate
your program into many languages, create network applications easily,
build RPMs of your apps automatically, and so on... You have to install
the necessary components

Gambas is still in development, but already useful for smaller projects.
The IDE itself is written in Gambas-BASIC. The source can be used reviewed
as an example application in the /usr/share/gambas/examples directory.
Documentation is also in that directory.

Open-Sankoré is a multiplatform, open-source program that is compatible with every type of interactive hardware. It is also translated into many different languages. Its range of tools is adapted to all users: from beginners to experts.

This class extends the QFile class with inter-process file locking
capabilities. If an application requires that several processes
should access the same file, QtLockedFile can be used to easily
ensure that only one process at a time is writing to the file, and
that no process is writing to it while others are reading it.
http://qt.digia.com/Product/Qt-Add-Ons/Qt-Solutions-Archive/
http://qt.gitorious.org/qt-solutions

For some applications it is useful or even critical that they are started
only once by any user. Future attempts to start the application should
activate any already running instance, and possibly perform requested
actions, e.g. loading a file, in that instance.

The QtSingleApplication class provides an interface to detect a running
instance, and to send command strings to that instance.
For console (non-GUI) applications, the QtSingleCoreApplication variant is provided, which avoids dependency on QtGui.

Needed in the MuseScore Nightly Build Project for openSUSE. (The package exists natively in the Fedora repositories.)

Please add a suitable description and don't forget to add some repositories you want to build your packages against (just click on 'Repositories' above). Have fun!

From freetype changelog: "...FreeType now offers high quality LCD-optimized output without resorting to ClearType techniques of resolution tripling and filtering...".
Anti-aliasing must be enabled from KDE (or other DE) settings, together with proper sub-pixel order (usually rgb) and hinting style (set to "slight").

This project was created for package ffmpeg via attribute OBS:Maintained