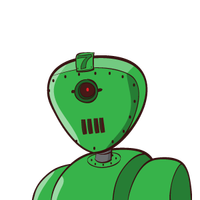 Rust is a systems programming language focused on three goals: safety, speed, and concurrency. It maintains these goals without having a garbage collector, making it a useful language for a number of use cases other languages aren’t good at: embedding in other languages, programs with specific space and time requirements, and writing low-level code, like device drivers and operating systems. It improves on current languages targeting this space by having a number of compile-time safety checks that produce no runtime overhead, while eliminating all data races. Rust also aims to achieve ‘zero-cost abstractions’ even though some of these abstractions feel like those of a high-level language. Even then, Rust still allows precise control like a low-level language would.

The project is tracing gnome 41 (starting from gnome 40 release)

Fixes for older distributions, experimental patches, all cured and hand-coded with love.

This project was created for package speech-dispatcher via attribute OBS:Maintained