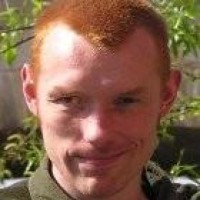 This project was created for package exim via attribute OBS:Maintained

This is intended for testing purpose only.

This project was created for package talloc via attribute OBS:Maintained

This project was created for package tin via attribute OBS:Maintained

mod_auth_ntlm_winbind is an Apache module to authenticate users and
authorize access through Samba's winbind daemon against a Microsoft
like DomainController (DC). These are Microsoft NT/2000/XP and Samba.

To load the module into Apache, run the command "a2enmod
auth_ntlm_winbind" as root.

Bogofilter is a Bayesian spam filter. In normal operation, it takes an
e-mail message or text from standard input, does a statistical check
against lists of "good" and "bad" words, and returns a status code
indicating whether the message is spam. Bogofilter is designed with
fast algorithms (including the Berkeley DB system), coded directly in
C, and tuned for speed, so it can be used for production by sites that
process a lot of mail.

ctdb is the clustered database used by Samba

The Linux kernel produces error messages that contain machine specific
numbers that are meaningless for debugging. Ksymoops reads
machine-specific files and the error log and converts the addresses to
meaningful symbols and offsets.

Liboop is a low-level event loop management library for POSIX-based
operating systems. It supports the development of modular, multiplexed
applications that may respond to events from several sources. It
replaces the "select() loop" and allows the registration of event
handlers for file and network I/O, timers, and signals. Because
processes use these mechanisms for almost all external communication,
liboop can be used as the basis for almost any application.

These tools allow information about (ogminfo), extraction from
(ogmdemux), creation of (ogmmerge), or the division of (ogmsplit) OGG
media streams. OGM stands for OGG media streams.

Oidentd is an ident (rfc1413 compliant) daemon that runs on Linux,
Darwin, FreeBSD, OpenBSD, NetBSD, and Solaris. oidentd can handle IP
masqueraded/NAT connections on Linux, Darwin, FreeBSD (ipf only),
OpenBSD, and NetBSD. Oidentd has a flexible mechanism for specifying
ident responses. Users can be granted permission to specify their own
ident responses. Responses can be specified according to host and port
pairs.

OTRS is an open source ticket request system with many features to
manage customer telephone calls and e-mails. It is distributed under
the GNU General Public License (GPL) and tested on Linux, Solaris, AIX,
FreeBSD, and Mac OS 10.x. If you receive many e-mails and want to
answer them with a team of agents, OTRS is a tool that can help.

Algorithm::Annotate generates a list that is useful for generating output
simliar to 'cvs annotate'.

BP is a Perl package that allows you to import (and in some cases
export) bibliographies in a variety of formats, including bibtex,
Refer, Endnote, and Melvyl. It includes a command-line program for
conversion of bibliographies.

This module provides a clone() method which makes recursive copies of
nested hash, array, scalar and reference types, including tied variables
and objects.

For a slower, but more flexible solution see Storable's dclone().

Data::Hierarchy provides a simple interface for manipulating inheritable
data attached to a hierarchical environment (like a filesystem).

This module provides a framework for generating UUIDs (Universally Unique
Identifiers, also known as GUIDs (Globally Unique Identifiers). A UUID is
128 bits long, and is guaranteed to be different from all other UUIDs/GUIDs
generated until 3400 CE.

The algorithm for UUID generation, used by this extension, is described in the
Internet Draft "UUIDs and GUIDs" by Paul J. Leach and Rich Salz
(http://hegel.ittc.ku.edu/topics/internet/internet-drafts/draft-l/draft-leach-uuids-guids-01.txt).
It provides reasonably efficient and reliable framework for generating UUIDs
and supports fairly high allocation rates -- 10 million per second per machine
-- and therefore is suitable for identifying both extremely short-lived and
very persistent objects on a given system as well as across the network.

File::Type uses magic numbers (typically at the start of a file) to
determine the MIME type of that file.

Deals with objects, circular lists, repeated appearence of the same refence.
Does not deal with overloaded stringify operator yet.

This module allows you to calculate digests while reading or writing file
handles. This avoids the case you need to reread the same content to
compute the digests after written a file.

This module provides lexicon-handling modules to read from other
localization formats, such as *Gettext*, *Msgcat*, and so on.

If you are unfamiliar with the concept of lexicon modules, please
consult Locale::Maketext and first.

A command-line utility xgettext.pl is also installed with this module,
for extracting translatable strings from source files.

PDF::API2 - A Perl Module Chain to faciliate the Creation and Modification of
High-Quality "Portable Document Format (aka. PDF)" Files.

This layer normalizes any of "CR", "LF", "CRLF" and "Native" into the
designated line ending. It works for both input and output handles.

PerlIO::via::dynamic is used for creating dynamic PerlIO layers. It is
useful when the behavior or the layer depends on variables. You should
not use this module as via layer directly (ie :via(dynamic)).