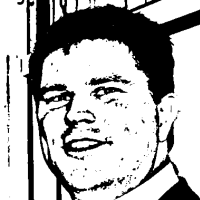 calibre is an e-book library manager. It can view,
convert and catalog ebooks in most of the major e-book formats.
It can also talk to a few e-book reader devices. It can go out
to the Internet and fetch metadata for your books.
It can download newspapers and convert them into e-books for convenient reading.

BibleTime is a Bible study application for Linux. It is based on the K Desktop Environment and uses the Sword programming library to work with Bible texts, commentaries, dictionaries and books provided by the Crosswire Bible Society .

Additional stuff to improve the experience of the use of appmenu stuff in Plasma.

lyx is a build of the latest git. It's used for testing new stuff.

This is a Plasma 5 applet that shows the current window appmenu in
one's panels (as a global menu). This plasmoid supports both
latte-dock and standard Plasma panels.

This is a Plasma 5 applet that shows the current window appmenu in
one's panels. This plasmoid is coming from Latte land, but it can also
support Plasma panels.

Cantata started off as a fork of QtMPC, however, the code (and user
interface) is now very different to that of QtMPC. For more detailed
information, please refer to the main README.

KBibTeX is a BibTeX editor by KDE to edit bibliographies used with
LaTeX. Features include comfortable input masks, starting web queries
(e. g. Google or PubMed) and exporting to PDF, PostScript, RTF and
XML/HTML. As KBibTeX is using KDE's KParts technology, KBibTeX can be
embedded into Kile or Konqueror.

Musique is a music player designed by and for people that love
music. Musique does its best to stay out the way and keep you
focused on the only thing that really matters: Music.
You need to try it to really get it.
To set expectations right — Musique is not about podcasts or
internet radio; it's not about managing mobile devices and it has
no integrated music store.
It's about listening to beautiful music.

Frescobaldi is a LilyPond sheet music editor. It aims to be powerful, yet
lightweight and easy to use.

You can edit LilyPond documents and build and preview them with a mouse click.
Clicking on notes in the PDF preview places the text cursor in the right place.
A score wizard is provided to quickly setup a music score. There are editing
tools to manipulate the rhythm, acticulations, lyrics hyphenation, etc.

MuseScore is a graphical music typesetter. It allows for fast
and easy note entry on a virtual note sheet. It has an
integrated sequencer to allow for immediate play of the score.
MuseScore can import and export MusicXml and standard Midi files.

Phonon is a cross-platform portable Multimedia Support Abstraction,
which allows you to play multiple audio or video formats with the same
quality on all platforms, no matter which underlying architecture is
used.

Phonon is a cross-platform portable Multimedia Support Abstraction,
which allows you to play multiple audio or video formats with the same
quality on all platforms, no matter which underlying architecture is
used.

LyX is a document processor that encourages an approach to writing
based on the structure of your documents, not their appearance. The
author can concentrate on the content (What You See Is What You Mean).
The formatting is done by the backends (like LaTeX) and the output can
have different formats, such as DVI, postscript, PDF, html.

LyX can check the LaTeX installation by opening the LaTeX Configuration
document under "Help" on the menubar.