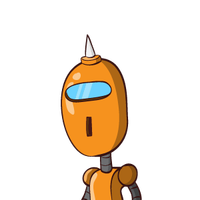 PNG++ is free software distributed under a modified variant of the BSD license.

Fontweak is a fontconfig GUI front-end. It is written in Java, use Swing GUI library. Release under GNU GPL version 3, visit https://github.com/guoyunhe/fontweak

Lato is a sanserif type­face fam­ily designed in the Sum­mer 2010 by Warsaw-​​based designer Łukasz Dziedzic (“Lato” means “Sum­mer” in Pol­ish). In Decem­ber 2010 the Lato fam­ily was pub­lished under the open-​​source Open Font License by his foundry tyPoland, with sup­port from Google.

In 2013 – 2014, the fam­ily was greatly extended to cover 3000+ glyphs per style. The Lato 2.010 fam­ily now sup­ports 100+ Latin-​​based lan­guages, 50+ Cyrillic-​​based lan­guages as well as Greek and IPA pho­net­ics. In the process, the met­rics and kern­ing of the fam­ily have been revised and four addi­tional weights were created.

A color and B&W emoji SVGinOT font built from the Twitter Emoji for Everyone artwork with support for ZWJ, skin tone diversity and country flags.