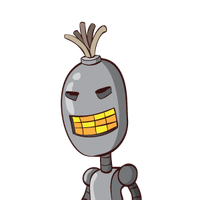 Relax-and-Recover is written entirely in the native
language for system administration: as bash scripts.

Experienced users and system admins can adapt or extend
the rear scripts to make it work for their particular
cases.

Relax-and-Recover is a modular framework with
ready-to-go workflows for common situations.

The basic workflow is as follows:
Specify its configuration in /etc/rear/local.conf
(cf. /usr/share/rear/conf/examples) and run
"rear mkbackup" to create a backup.tar.gz on
a NFS server and a bootable recovery ISO image
for your system.
A recovery medium which is made from the ISO image
boots a special rear recovery system.
Log in as root and run "rear recover" which does
the following steps:
It runs the rear installer that recreates the basic
system, in particular the system disk partitioning
with filesystems and mount points, then it restores
the backup from the NFS server and finally it
installs the boot loader.
Finally remove the recovery medium and reboot the
recreated system.

Warning for users who like to upgrade Relax-and-Recover:
Users who already use it must re-validate that their
particular disaster recovery procedure still works.

Additionally when you already use Relax-and-Recover and
you upgrade software that is related to the basic system
(e.g. kernel, storage, bootloader, init, networking) or
you do other changes in your basic system, you must also
re-validate that your particular disaster recovery
procedure still works for you.

Relax-and-Recover is the leading Open Source disaster recovery and system migration solution, and successor to mkcdrec. It comprises of a modular framework and ready-to-go workflows for many common situations to produce a bootable image and restore from backup using this image. As a benefit, it allows to restore to different hardware and can therefore be used as a migration tool as well.

Relax-and-Recover is the leading Open Source disaster recovery and system migration solution, and successor to mkcdrec. It comprises of a modular framework and ready-to-go workflows for many common situations to produce a bootable image and restore from backup using this image. As a benefit, it allows to restore to different hardware and can therefore be used as a migration tool as well.

Relax-and-Recover is the leading Open Source bare metal disaster recovery and system migration solution. It comprises of a modular framework and ready-to-go workflows for many common situations to produce a bootable image and restore from backup using this image. As a benefit, it allows to restore to different hardware and can therefore be used as a migration tool as well.

This project hosts all graphics related software, such as viewers, tools for manipulating images, capturing and such stuff.

It is a devel project for openSUSE:Factory.

This is my personal playground where
packages could be severely incompatible
with official openSUSE packages.

Do not somehow add the whole "home:jsmeix"
repository to be used by your package
installer (e.g. via YaST).
Using the whole "home:jsmeix" repository
could be a perfect way to mess up your
system.
Instead only download the packages
of your particular interest which match
your exact system from the appropriate
sub-directory in
http://download.opensuse.org/repositories/home:/jsmeix/
and install them manually
(e.g. using plain "rpm").
If you are unexperienced with manual
installation, do not install any package
from "home:jsmeix".

Packages in the "home:jsmeix" project might
neither be in usable state nor fit into
currently installed systems.
Have this in mind if you think about to
install packages from "home:jsmeix" into
your currently running system.
Do not use "Factory" if your system is
not "Factory".
Use the matching packages for your
particular system.
The packages in the "home:jsmeix" project
are only for testing, without any guarantee
or warranty, and without any support.
As an extreme example, this means if your
complete computer center crashes because
of those packages, it is only your problem.
On the other hand this does not mean that
all those packages are known to be terrible
broken (but some of those packages could
be really broken) and none of those packages
are thoroughly tested so that any unexpected
issue can happen.

This project was created for package cups via attribute OBS:Maintained

The print filter "foomatic-rip" is used
by print spoolers (in particular by CUPS)
to convert PostScript print job data into
the printer's native format as described
by a printer/driver-specific Foomatic PPD file.

Find some useful documentation about a few printer drivers in the
directory:

For mor informations please read the files Use.htm and Devices.htm.

The grep command searches one or more input files
for lines containing a match to a specified pattern.
By default, grep prints the matching lines.

It includes the Ghostscript printer driver HPIJS for HP printers and a
special "hp" CUPS back-end that provides bidirectional communication
with the device (required for HP printer device management).

The special "hpfax" CUPS back-end is required to send faxes. Direct
uploading (i.e. without print and scan) of received faxes from the
device to the PC is not supported.

The "hp-toolbox" program is provided for device management.

The "hp-sendfax" program must be used to send faxes.

The "hp-setup" program can be used to set up HP all-in-one devices.

This version of the Image Scan for Linux software contains only
the free software parts of what Avasys provides.

In particular this version of the Image Scan for Linux software
neither contains any proprietary driver library nor firmware files
nor proprietary software to support scanner network interfaces
nor the proprietary "libesmod" library which would be required
by the "/usr/bin/iscan" frontend which is also not provided.

This package contains only the epkowa driver for SANE, which compiles
and runs natively even on non-i386 platforms. For documentation, see
"man sane-epkowa".

The free version of the epkowa driver cannot work for those scanners
that require a proprietary driver library (and a firmware file).
As of this writing (June 2010), those scanners are the following models:

Those models do not work with the free iscan version.
The third-party Image Scan driver software from Avasys
is required for those models.
The Image Scan driver software is made and provided by Avasys
at http://avasys.jp/eng/linux_driver/ where RPM packages
for 32-bit (i386) and 64-bit (x86_64) architecture can be downloaded
(provided you accept the Avasys and Epson license agreements).
The Image Scan driver from Avasys contains proprietary binary-only software.
For some models it is only available for 32-bit (i386) architecture
which does not work when you have a 64-bit system installation.
Some scanners are also supported by another (free-software) driver.
When your scanner model requires a non-free (proprietary) module,
you have to download and install two packages from Avasys:
The 'iscan' package for the base software and an additional
model dependant 'iscan-plugin' package with the proprietary module.

Other scanners may only work via USB but require a proprietary
software package which supports the network interface.
As of this writing (June 2010), those scanners are the following models:

This library is intended to be used by applications that need to
communicate with (or at least identify) devices that are attached via a
parallel port.

For Linux, there are some wrinkles in communicating with devices on
parallel ports (see /usr/share/doc/packages/libieee1284/README). The
aim of this library is to take all the worry about these wrinkles from
the application. It figures out which method is appropriate for the
currently running kernel. For instance, if the application wants to
know the device ID of a device on a particular port, it asks the
library for the the device ID. The library then figures out if it is
available via /proc (in any of the possible locations) and, if not,
tries asking the device itself. If /dev/parport0 is not available for
use, it tries ioperm; if that fails, it tries /dev/port. The
application does not have to care.

This is an open source Linux printer driver for the Konica Minolta
magicolor 2300W and 2400W color laser printers. It requires Ghostscript
and foomatic-filters. It is recommended to use this driver with CUPS.

The current version 0.51 was released 2005-10-16 and
the m2300w driver is no longer actively maintained
which means that help, a workaround, or a bugfix
is rather unlikely if there are issues with this driver.

PPD files from printer manufacturers that are under a free license.

For example, the original MIT license, shown for example under
http://www.opensource.org/licenses/mit-license.php, is okay but not an
often used modified MIT license, which does not allow redistribution if
the file was altered in any way from its original form.

If you have a PostScript printer and there is no PPD file included in
this package, ask your printer manufacturer for a PPD file or visit
http://www.linuxprinting.org/ppd-doc.html.

To set up a printer configuration a printer description file
(PPD file) is required.

A printer description file is not a driver.

For non-PostScript printers a driver is needed
together with a PPD file which matches exactly
to the particular driver.

For PostScript printers, a PPD file alone is sufficient
(except for older PostScript level 1 printer models).

The PPD files are provided in the following sub-packages
depending on which kind of driver software is needed:

OpenPrintingPPDs-hpijs provides PPDs
which use the hpijs driver from HPLIP.

This software is a Python library which can prepare IPP requests with
the help of a somewhat high level API. These requests can then be sent
to an IPP printer or print server (e.g. CUPS).

This library can also parse IPP answers received, and create high level
Python objects from them.

Both of these actions can be done through an IPPRequest class and its
instance methods.

Finally, a CUPS class can be leveraged to easily deal with CUPS print
servers.

All of this library being written in the Python language, there is no
need to link the code with the CUPS' API, which makes it independant of
the CUPS version being installed.