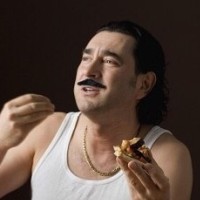 mp3_check helps to identify in explicit detail MP3s that do not correctly
follow the MP3 format. It also looks for invalid frame headers, missing frames,
etc., and generates useful statistics. This can be especially important when
building an archive, and you want high quality MP3s.

MP3Gain analyzes and adjusts mp3 files so that they have the same volume. It
does not just do peak normalization, as many normalizers do. Instead, it does
some statistical analysis to determine how loud the file actually sounds to
the human ear. Also, the changes MP3Gain makes are completely lossless. There
is no quality lost in the change because the program adjusts the mp3 file
directly, without decoding and re-encoding.

A clone of Media Player Classic reimplemented in Qt.

Media Player Classic Home Cinema is considered by many to be the quintessential media player for the Windows desktop. Media Player Classic Qute Theater (mpc-qt) aims to reproduce most of the interface and functionality of mpc-hc while using libmpv to play video instead of DirectShow.

Pianobar is a console client for the personalized web radio pandora.

A python wrapper for libmpv.

Qsampler is a LinuxSampler GUI front-end application written in C++ around
the Qt framework using Qt Designer. For the moment it just wraps the client
interface of LinuxSampler Control Protocol (LSCP).

QUIMUP is a client for the music player daemon (MPD) written in C++ and QT5.

The program can be used with most Linux desktops (KDE, GNOME, XFCE) and is covered
by the General Public License: it is free and 'open source'.
The clean interface makes controlling MPD's many features easy and intuitive.
The focus is on mouse handling: playlist management is done entirely by drag-&-drop;
playback functions are directly accessible from the system tray.
Quimup turns MPD into a perfect desktop music player.

Subtitle Editor is a GTK+3 tool to edit subtitles for GNU/Linux/*BSD.
It can be used for new subtitles or as a tool to transform, edit, correct
and refine existing subtitle. This program also shows sound waves, which
makes it easier to synchronise subtitles to voices.

In an average song there are points that require high quality and points
that require low quality (i.e. silence).

Instead of having the whole file at, say, 160kbps CBR (Constant Bit Rate),
we can use VBR (Variable Bit Rate). This allows us to have use low bitrates
at points that does not require high quality (were a higher bitrate would
not affect the sound heard) and high bitrates when needed. The result is
usually a smaller MP3 file, with higher quality.

Unfortunately, the many MP3 decoders estimate the time of a MP3 file based
on the first bitrate they find and the filesize. This means that the
"prediction" used by such decoders is wildly wrong with VBR encoded files
and, as a result, you can get fairly random times for such songs.

As most songs start with silence you usually get the song length being
shown as much longer than it should be. Also when you jump through a
file encoded in VBR, 50% through the file is usually not 50% through the
song.

A VBR null frame is placed at the beginning of the file to tell the MP3
player information about the song length and indexing through the song.

The problem arises because some poor encoders don't produce this null
frame or do so incorrectly and this is what vbrfix attempts to fix.

Vbrfix can also fix other problems with MP3s as it deletes all non-MP3
content (you can keep tags that you state, though). It can also help
when merging two VBR MP3s together with a merging tool and then needing
a newly calculated VBR null frame.

A front-end for mp3gain based on the wxWidgets toolkit.

Xjadeo is a very simple video player that gets sync from jack. When a
sequencer like Muse or Rosegarden acts as a timebase master, xjadeo
will display the video frame in sync with the sequencer
transport. This means that you can visually synchronize an audio event
with a certain frame in the movie, which comes quite handy when you
want to create a soundtrack for a video clip.

A graphical interface for youtube-dl based on Qt.

The purpose of these plugins is to provide high quality DSP without
using an excessive amount of CPU, in an attempt to complement some of
the amazing work done on other free audio software projects by other
people. There is an exception: ZamValve has two different models one of
which uses very large proportion of CPU but has been commented that it
does sound much more realistic than the tanh model. The CPU hungry
version is in a separate git branch and is not selected by default but
can be compiled by switching to the zamvalve branch.

There currently is no documentation on how to use these plugins, but
anyone who is familiar with outboard gear should be able to work it out.
Plus the default settings and almost every slider is calibrated to
standard ranges.

The suite so far consists of:

AV1 is a video codec by the Alliance for Open Media, composed of most
of the important Web companies (Google, Facebook, Netflix, Amazon,
Microsoft, Mozilla...).

AV1 has the potential to be up to 20% better than the HEVC codec, but
the patents license is totally free, while HEVC patents licenses are
insanely high and very confusing.

dav1d supports:
* all the features of AV1, even the less know ones
* 8, 10, 12 bits, and all chroma subsamplings
* all AV1 files that were shared to the developers

With gstreamermm it is possible to
develop applications that work with multimedia in C++.

MediaInfo supplies technical and tag information about a video or
audio file.

QJack makes you connect with the Jack soundserver system with Qt4.

libuvc is a library that supports enumeration, control and streaming for USB
Video Class (UVC) devices, such as consumer webcams.

The Portable C Audio Library (pcaudiolib) provides a C API to different audio devices.
It supports many different platforms, including ones on Linux, MacOS and Windows.

This is a fork of phonon-vlc, rewritten to work with libmpv instead of
libVLC. libmpv supports less features than VLC but they are only
related to memory streams and audio/video dumps. This backend should be
a lightweight alternative to libVLC with less dependencies.