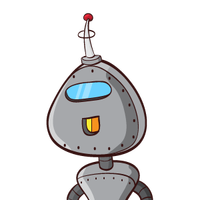 Member of the group

ITK is a suite of software tools for image analysis.

The Low Memory Monitor is an early boot daemon that will monitor memory
pressure information coming from the kernel, and, when memory pressure means
that memory isn't as readily available and would cause interactivity problems,
would:
* send D-Bus signals to user-space applications when memory is running low,
* if configured to do so and memory availability worsens, activate the kernel's
OOM killer.

power-profiles-daemon offers to modify system behaviour based upon user-selected
power profiles. There are 3 different power profiles: a "balanced" default mode,
a "power-saver" mode, and a "performance" mode.

Hankel is a Python library to perform simple and accurate Hankel
transformations using the method of Ogata 2005.

Limnoria is a robust, full-featured Python IRC bot with a clean and flexible plugin API. It is equipped with a complete ACL system for specifying user permissions with as much as per-command granularity. Batteries are included in the form of numerous plugins already written.

The SANE module provides an interface to the SANE scanner and frame grabber interface for Linux. This module has been split out from Pillow since version 2.7.0.

Features:
* get an HTML or plain text "extract" (lead or summary)
* get a representative image (pageimage, thumb, etc.)
* get an Infobox as a python dictionary
* get any/all Wikidata by title
* get info in any language
* get random info

A launcher for Tor Browser for GNU/Linux users

Arrays are dynamically typed, but operations on them are compiled and fast.
Their behavior coincides with NumPy when array dimensions are regular and
generalizes when they're not.

Folium is a python library to make beautiful maps with Leafletsjs. Folium
builds on the data wrangling strengths of the Python ecosystem and the mapping
strengths of the Leaflet.js library. Manipulate your data in Python, then
visualize it in a Leaflet map via folium.

healpy is a Python package to handle pixelated data on the sphere. It is based
on the Hierarchical Equal Area isoLatitude Pixelization (HEALPix) scheme and
bundles the HEALPix C++ library.

healpy provides utilities to:
* convert between sky coordinates and pixel indices in HEALPix nested and ring schemes
* find pixels within a disk, a polygon or a strip in the sky
* apply coordinate transformations between Galactic, Ecliptic and Equatorial reference frames
* apply custom rotations either to vectors or full maps
* read and write HEALPix maps to disk in FITS format
* upgrade and downgrade the resolution of existing HEALPix maps
* visualize maps in Mollweide, Gnomonic and Cartographic projections
* transform maps to Spherical Harmonics space and back using multi-threaded C++ routines
* compute Auto and Cross Power Spectra from maps and create map realizations from spectra

Panel is a Python library that lets you create custom interactive web apps and
dashboards by connecting user-defined widgets to plots, images, tables, or
text.

PyGiNaC is a Python package that provides an interface to the C++ library
GiNaC, which is an open framework for symbolic computation within C++. PyGiNaC
is implemented with the help of the Boost.Python library.

mpi plugin for pytest to collect information from openmpi-based tests.

A common package to provide example files (*e.g*. ROOT) for testing and
developing packages against. The sample of files is representative of typical
files found "in the wild".

In addition to including some root files directly, this package adds some
simple helper methods to get larger files from common open-access data
repositories.

Tinyarrays are similar to NumPy arrays, but optimized for small sizes.
Tinyarrays support mathematical operations like element-wise addition
and matrix multiplication. Tinyarrays can be used as dictionary keys
because they are hashable and immutable. Tinyarrays are useful if you
need many small arrays of numbers, and cannot combine them into a few
large ones. Common operations on very small arrays are faster than
with NumPy, and less memory is used to store them.

Uproot is a reader and a writer of the ROOT file format using only Python and
Numpy. Unlike the standard C++ ROOT implementation, Uproot is only an I/O
library, primarily intended to stream data into machine learning libraries in
Python. It uses Numpy to cast blocks of data from the ROOT file as Numpy
arrays.

Armadillo is a C++ linear algebra library (matrix maths) aiming towards a good balance between speed and ease of use. Integer, floating point and complex numbers are supported, as well as a subset of trigonometric and statistics functions. Various matrix decompositions are provided through optional integration with LAPACK and ATLAS libraries. A delayed evaluation approach is employed (during compile time) to combine several operations into one and reduce (or eliminate) the need for temporaries. This is accomplished through recursive templates and template meta-programming. This library is useful if C++ has been decided as the language of choice (due to speed and/or integration capabilities), rather than another language like Matlab or Octave.

HEALPix is a Hierarchical, Equal Area, and iso-Latitude Pixelation of the
sphere designed to support efficiently (1) local operations on the pixel set,
(2) a hierarchical tree structure for multi-resolution applications, and (3)
the global Fast Spherical Harmonic transform.

libLASi is a library written by Larry Siden that provides a C++ stream output interface for creating Postscript documents that can contain characters from any of the scripts and symbol blocks supported in Unicode and by Owen Taylor's Pango layout engine. The library accomodates right-to-left scripts such as Arabic and Hebrew as easily as left-to-right scripts. Indic and Indic-derived Complex Text Layout (CTL) scripts, such as Devanagari, Thai, Lao, and Tibetan are supported to the extent provided by Pango and by the OpenType fonts installed on your system. All of this is provided without need for any special configuration or layout calculation on the programmer's part.