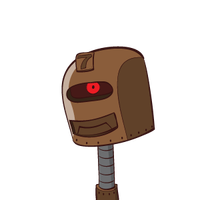 Gradually trim out stuff we don't want / need:
- pulseaudio - gone
- wayland - gone (temporarily re-added due to kwin5 deps - working to untie again)
- packagekit - gone
- polkit - gone (reintroduced - there's just too many things that have been modified to only work with it)
- apparmor - gone
- ibus and suchlike - gone
- /usr/etc? WTF?? - to be removed
- mysql/mariadb - why force me to install it unless I want to USE it, which I don't - gone
- udisks2 - what is it and why is it on my system? - gone (re-added for polkit reasons)
- NetworkManager - should be an optional install - gone
- other random things that add complexity while violating KISS (looking at you, *Kit and *Manager) - gone

Reduce unnecessary dependencies on various things
- systemd and friends. Only include the bare minimum needed for systemd to act as an init system
- replace all "unit file" nonsense with GOF init scripts
- drop systemd journal b.s. in favor of rsyslog or similar
- elogind to replace systemd-logind?
- eventually replace systemd with sysv init?

Packages that take so long to be scheduled for build, they can easily (and repeatedly) prevent repo publishing until a whole new build cycle has begun. Meaning the repo never gets published at all.... Annoying? YOU BET!