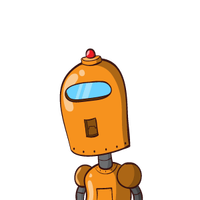 A fine-grained micro-benchmark intended to investigate micro-architectural details of a target CPU, or to precisely benchmark small functions in a repeatable manner.

Will It Scale takes a testcase and runs it from 1 through to n parallel copies to see if the testcase will scale. It builds both a process and threads based test in order to see any differences between the two.

A collection of tools and commands used for managing the lifecycle of
enclaves. The Nitro CLI needs to be installed on the parent instance,
and it can be used to start, manage, and terminate enclaves.

This prj is supposed to carry all ocaml related pkgs, preferable in a form that can be used with dune for building. It is self-contained in the sense that it has very few dependencies to the base system.

The purpose of ocaml pkgs in Tumbleweed, Leap or SLE is: just enough to be able to build applications written in OCaml. This reduces the amount of work to keep these packages uptodate.

ATTENTION:
this project is used by other projects:
devel:languages:haxe

OCaml is a high-level, strongly-typed, functional and object-oriented
programming language from the ML family of languages.

This library is intended to provide a basic interface to the most
common file and filename operations. It provides several different
filename functions: reduce, make_absolute, make_relative... It also
enables you to manipulate real files: cp, mv, rm, touch...

It is separated into two modules: SysUtil and SysPath. The first one
manipulates real files, the second one is made for manipulating
abstract filenames.

Xml-Light is a minimal XML parser & printer for OCaml. It provides
functions to parse an XML document into an OCaml data structure, work
with it, and print it back to an XML document. It support also DTD
parsing and checking, and is entirely written in OCaml, hence it does
not require additional C library.

Coccinelle is a program matching and transformation engine which
provides the language SmPL (Semantic Patch Language) for specifying
desired matches and transformations in C code. Coccinelle was
initially targeted towards performing collateral evolutions in Linux.
Such evolutions comprise the changes that are needed in client code
in response to evolutions in library APIs, and may include
modifications such as renaming a function, adding a function argument
whose value is somehow context-dependent, and reorganizing a data
structure. Beyond collateral evolutions, Coccinelle is successfully
used (by us and others) for finding and fixing bugs in systems code.

BRLTTY is a background process (daemon) which provides access to the
Linux/Unix console (when in text mode) for a blind person using a
refreshable braille display. It drives the braille display and provides
complete screen review functionality.