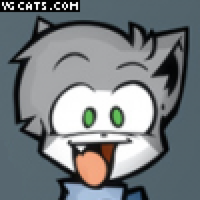 The program is distributed under terms of BSD license.
You can obtain the copy of the license by visiting:
http://www.opensource.org/licenses/bsd-license.php

Optimizing brainfuck implementation of dialect based on Daniel's dbfi (see "A very short self-interpreter")
This interpreter has only one input: program and input to the program have to be separated with ! e.g. ",.!a" prints 'a' To use it in interactive mode paste your program as input.
This program can be compiled with LNR macro defined. LNR is another optimization of linear loops (where '<>' balanced), e.g. [->+>++<<]. Linear loop is then executed in one step.
Oleg Mazonka 4.12.06 http://mazonka.com/

Premake is a build configuration tool. Describe your C, C++, or C# software project using a simple, easy to read syntax and let Premake generate the project files for:

ARToolKit is a software library that can be used to calculate camera position and orientation relative to physical markers in real time. This enables the easy development of a wide range of Augmented Reality applications. ARToolKitPlus is an extended version of ARToolKit's vision code that adds features, but breaks compatibility due to a new class-based API.

This is gish engine, which was released under GPL license (http://crypticsea.blogspot.com/2010/05/gish-open-source.html), with free assests. It won't work with original ones.

Krank is a game of dexterity, being somewhere between breakout and billiard, where the aim of each level is to shove floating stones towards compatible static stones. You control a short chain of stones with your mouse to achieve that.

levelHead uses a hand-held solid-plastic cube as its only interface. On-screen it appears each face of the cube contains a little room, each of which are logically connected by doors.

In one of these rooms is a character. By tilting the cube the player directs this character from room to room in an effort to find the exit.

Some doors lead nowhere and will send the character back to the room they started in, a trick designed to challenge the player's spatial memory. Which doors belong to which rooms?

There are three cubes (levels) in total, each of which are connected by a single door. Players have the goal of moving the character from room to room, cube to cube in an attempt to find the final exit door of all three cubes. If this door is found the character will appear to leave the cube, walk across the table surface and vanish.. The game then begins again.

Grapple is designed to be a simple network layer, allowing the addition of multiplayer features to a game (or other application) for as little as a dozen lines of code. However it is also fully featured, so if you want more from your networking, you can have it.

HLLib is a package library for Half-Life that abstracts several package formats and provides a simple interface for all of them. HLLib is written in native C++ but exposes both a C and C++ interface which can be used in any C or C++ application (additional languages may also use the library with standard C imports). HLLib works natively in both Windows and Linux. BSP, GCF, NCF, PAK, VPK, WAD, XZP and uncompressed ZIP package formats are supported.

osgCal is an adapter to use the cal3d character animation library (http://gna.org/projects/cal3d/) inside the OpenSceneGraph OpenGL based 3D scene graph (http://www.openscenegraph.org).

Tic-Tac-Toe written in GTK. Have a lot of fun!

I'm packaging stuff and kicking ass. https://hennevogel.de/blog/kick-ass.html
Most of packages here are "in progress" and are intended to be pushed somewhere else or just for personal purposes.

"thanks for the nice clean packaging :)"
-- mrdocs@opensuse.org

This project was created for package aws-efs-utils via attribute OBS:Maintained

This project was created for package stuntrally via attribute OBS:Maintained

This project was created for package i3 via attribute OBS:Maintained