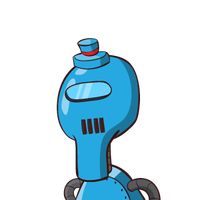 Hexoshi is an action-adventure maze game similar in style to the
original Metroid series. The game consists of exploring the world
and gathering "artifacts" scattered around, fighting enemies along
the way.

hode is a rewrite of the engine used in the game Heart of Darkness
made by Amazing Studio. This program is designed as a cross-platform
replacement for the original executable.

You will need the original files of the PC release or PC demo.
By default, the program will try to load the game data files from the
current directory.

Return to Castle Wolfenstein is a military- and occult-themed first-person
shooter game in a Second World War setting, originally released in 2001.
It is a sequel to Wolfenstein 3D.

NOTE: To play Duke Nukem 3D with jfduke3d you need the duke3d.grp file
from your GOG/Steam/CD-ROM installation of the game.
You can put it under '%{_datadir}/games/jfduke3d/' for all users
or '~/.jfduke3d/' only for yourself.

NOTE: To play Shadow Warrior with jfsw you need sw.grp / sw.rts files
from your GOG/Steam/CD-ROM installation of the game.
You can put them under '%{_datadir}/games/jfsw/' for all users
or '~/.jfsw/' only for yourself.

Julius is an open source re-implementation of Caesar III.

The aim of this project is to create an open-source version of
Caesar 3, with the same logic as the original, but with some UI
enhancements, that is able to be played on multiple platforms.

The same logic means that the saved games are 100% compatible,
and any gameplay bugs present in the original Caesar 3 game will
also be present in Julius.

A remake of the classis arcade game Rampart, with the change
of the medieval world to a space-world.
Playable on one machine but also over the net with 2-4 players(2 players
may always use the same machine).

This package includes the client binary with built-in server.

A Breakout-style arcade game for Linux featuring a number of added
graphical enhancements and effects. You control a paddle at the bottom
of the playing field and must destroy bricks at the top by bouncing
balls against them.

Gamerzilla is trophy/achievement system for games. It integrates with a
hubzilla plugin to display your results online. Games can either connect
directly to hubzilla or connect to a game launcher with using this
library.

libsmacker is a cross-platform C library which can be used for decoding Smacker
Video files produced by RAD Game Tools. Smacker Video was the king of video
middleware in the 1990s, and its 256-color compressed video format was used in
over 2600 software titles.

LZWolf is a fork of ECWolf (a Wolfenstein 3D engine based of
Wolf4SDL) created to enable developers to easily create even more
adventurous mods and games.

Morris is an implementation of the board game "Nine Men's Morris".
Other names for this game are: Mills, Merrills, Morris, or Mühle in
German.
This implementation of Nine Men's Morris supports not only the
standard game, but also several rule-variants and different board
layouts. You can play against the computer, or simply use the
program to present the board, but play against another human
opponent. The computer opponent learns from previous games and
tries not to make the same mistake twice.

Among others, the game plays the following variants:
* Lasker variant (moves are also allowed in the set-phase)
* the Möbius board (invented by Ingo Althöfer)
* the Windmill board
* Pentagon and Hexagon boards
* Morabaraba
* Six and Seven Men's Morris
* Tapatan, Achi, Nine Holes

This is an SDL2 version of the original 1999 version of Mr. Boom.
The goal of the game is to bomb away your enemies and other players.

MyMan is a video game for color and monochrome text
terminals in the genre of Namco's Pac-Man.
It includes many maze variations and several tile
and sprite sets, ranging from large ASCII art through
large pseudo-bitmap Unicode or CP437 graphics to
single characters.

NOTE: To play Blood with NBlood you need the original game files
from your GOG/CD-ROM installation of the game.
You should put them under '~/.config/nblood/'.

NRedneck is a fork of EDuke32 that adds support for Redneck Rampage.
Redneck Rampage is a 1997 first-person shooter game developed by Xatrix
Entertainment and published by Interplay. The game is a first person
shooter with a variety of weapons and levels, but has a hillbilly theme,
primarily taking place in a fictional Arkansas town. Many of the weapons
and power-ups border on nonsensical, and in some ways it is a parody of
both first shooter games and rural American life.

NOTE: To play Rednack Rampage with NRedneck you need REDNECK.GRP file
from your GOG/Steam/CD-ROM installation of the game.
Demo files are not supported.
You can put them under '%{_datadir}/games/eduke32/' for all users
or '~/.config/rednukem/' only for yourself.

nsnake is a clone of the classic snake game that we all used to play on our
cellphones. You play this game on the terminal, with textual interface.

Here are some features:

An open source game reimplementing Earth 2140 gameplay using
original game files.
The project aims to reproduce the overall gameplay experience
while adding a modern game features that are not available in
the original game.

Opengreedy is an open-source version of Edromel Studio's Greedy XP.
https://www.edromel.com/us/index.php?menu=1
Greedy is a remake from the famous arcade game : Pacman. It allows
many options, greater sound effects, nice graphics and more than 70
levels.

Opengreedy is an open-source version of Edromel Studio's Greedy XP.
https://www.edromel.com/us/index.php?menu=1
Greedy is a remake from the famous arcade game : Pacman. It allows
many options, greater sound effects, nice graphics and more than 70
levels.

In the year 2097, steel will bend and sparks will fly as you control
a 90-foot robot in a futuristic fight of Epic proportions.
OMF 2097 will rip your heart out with full screen, ultra fast
fighting action.

One Must Fall: 2097 adds an entirely new dimension to the fighting
game genre. In OMF's "Tournament Play," you enter the arena as an
inexperienced 98,000 pound weakling. Fighting through match after match
of opponents, you earn cash and experience for every fight you win.

You can use this cash to enhance your robot to new levels of strength.
After many fights, your power will reach nearly unbeatable levels--or
so it seems. At the end of each tournament you'll contend with an
ultra-powerful boss robot.

OpenXRay is an improved version of the X-Ray Engine, the game engine
used in the world-famous S.T.A.L.K.E.R. game series by GSC Game World.

To play one of the S.T.A.L.K.E.R. games with OpenXRay you need the
original game files.
See: %{_docdir}/openxray/README.SUSE for details.