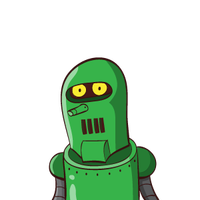 RtAudio is a set of C++ classes that provide a common API for realtime audio
input/output across different operating systems. RtAudio significantly
simplifies the process of interacting with computer audio hardware. It was
designed with the following objectives:

casync provides a way to efficiently transfer files which change over
time over the Internet. It will split a given set into a git-inspired
content-addressable set of smaller compressed chunks, which can then
be conveniently transferred using HTTP. On the receiving side, these
chunks will be uncompressed and merged together to recreate the
original data. When the original data is modified, only the new chunks
have to be transferred during an update.

Axel tries to accelerate HTTP/FTP downloading process by using multiple
connections for one file. It can use multiple mirrors for a download. Axel has
no dependencies and is lightweight, so it might be useful as a wget clone on
byte-critical systems.

A GNU/Linux utility for viewing/manipulating the MAC address of network interfaces.

RSSTail is more or less an RSS reader: it monitors an RSS feed and if it detects a new entry, it will emit only that new entry on the terminal.

Scamper is a program that is able to conduct Internet measurement
tasks to large numbers of IPv4 and IPv6 addresses, in parallel, to
fill a specified packets-per-second rate. Currently, it supports the
well-known ping and traceroute techniques, as well as MDA traceroute,
alias resolution, some parts of tbit, sting, and neighbour discovery.

Scamper can do ICMP-based Path MTU discovery. scamper starts with the
outgoing interface's MTU and discovers the location of Path MTU
bottlenecks. scamper performs a PMTUD search when an ICMP
fragmentation required message is not returned to establish the PMTU
to the next point in the network, followed by a TTL limited search to
infer where the failure appears to occur.

If PDF is electronic paper, then pdftk is an electronic staple-remover,
hole-punch, binder, secret-decoder-ring, and X-Ray-glasses.
Pdftk is a simple tool for doing everyday things with PDF documents.

The eSpeak NG (Next Generation) Text-to-Speech program is a speech
synthesizer that supports 100 languages and accents. It is based
on the eSpeak engine created by Jonathan Duddington. It uses
spectral formant synthesis by default which sounds robotic, but can
be configured to use Klatt formant synthesis or MBROLA to give it a
more natural sound.

Many default regular expression parsers have unbounded worst-case complexity.
Regex matching may be quick when presented with a matching input string.
However, certain non-matching input strings can make the regular expression
matcher go into crazy backtracking loops and take ages to process. This can
cause denial of service, as the CPU will be stuck trying to match the regex.

This tool is designed to:
* find regular expressions which are vulnerable to ReDoS
* give an example malicious string which will cause catastrophic backtracking

A tool that looks for files accessible on web servers that shouldn't be public
and can pose a security risk.

A utility to reset the password of any user that has a valid local account on your Windows system.
Supports all Windows from NT3.5 to Win8.1, also 64 bit and also the Server versions (like 2003, 2008, 2012)
You do not need to know the old password to set a new one.
It works offline, that is, you have to shutdown your computer and boot off a CD or USB disk to do the password reset.
Will detect and offer to unlock locked or disabled out user accounts.
There is also a registry editor and other registry utilities that works under linux/unix, and can be used for other things than password editing.

This small tool allows the user to graphically examine ddrescue's map files in a user friendly GUI application. The Main window displays a block grid with each block's color representing the block types it contains. Many people know this type of view from defragmentation programs.

Signing Party is a collection for all kinds of pgp related things,
including signing scripts, party preparation scripts etc.

caff is a script that helps you in keysigning. It takes a list of
keyids on the command line, fetches them from a keyserver and calls
GnuPG so that you can sign it. It then mails each key to all its email
addresses - only including the one UID that we send to in each mail.

pgp-clean takes a list of keyids on the command line and outputs an
ascii-armored keyring on stdout for each key with all signatures
except self-signatures stripped. Its use is to reduce the size of keys
sent out after signing. (pgp-clean is a stripped-down caff version.)

gpg-key2ps will output a PostScript file which has your Key-ID, UIDs
and fingerprint nicely formatted for printing paper slips to take with
you to a signing-party.

Given one or more key-ids, gpg-mailkeys mails these keys to their
owners. You use this after you've signed them. By default, the mails
contain a standard text and your name and address as the From (as
determined by the sendmail command).

gpglist takes a keyid and creates a listing showing who signed your
user IDs.

gpgsigs was written to assist the user in signing keys during a
keysigning party. It takes as input a file containing keys in gpg
--list-keys format and prepends every line with a tag indicating if
the user has already signed that uid.

keylookup is a wrapper around gpg --search, allowing you to search for
keys on a keyserver. It presents the list of matching keys to the user
and allows her to select the keys for importing into the GnuPG
keyring.

A terminal client for redis with auto-completion and syntax
highlighting. IRedis lets you type Redis commands smoothly, and displays results
in a user-friendly format.

IRedis is an alternative for redis-cli. In most cases, IRedis behaves exactly
the same as redis-cli. Besides, it is safer to use IRedis on production servers
than redis-cli: IRedis will prevent accidentally running dangerous commands

xonsh is a Python-powered, Unix-gazing shell language and command prompt. The language is a superset of Python 3.5+ with additional shell primitives. xonsh (pronounced conch) is meant for the daily use of experts and novices alike.

A python package contains functions that facilitate working with various
versions of Ansible 2.9 and newer.

A python package contains functions that facilitate working with various
versions of Ansible 2.9 and newer.

Byobu is a Japanese term for decorative, multi-panel screens that serve as
folding room dividers. As an open source project, Byobu is an elegant
enhancement of the otherwise functional, plain, practical GNU Screen. Byobu
includes an enhanced profile and configuration utilities for the GNU screen
window manager, such as toggle-able system status notifications.